It’s a dark night in a city that’s forgotten about its dictionaries, but on the first floor of a two-story house in Laurellia, one man is trying to find meaning in a world awash in words. Guy Verbose, Existential Lexicographical Private Eye.

It was Friday and my wife’s friends were in the mood for a get-together. And before I knew it, there they were standing in the kitchen clutching bottles of wine and hard cider. They said it was in honor of my wife’s 50th birthday, which was a few days away and coming fast, but I think they just wanted an excuse to get together and have a few drinks. Why our house had to be the place to have those drinks, I didn't know, but I didn't stand in the way. 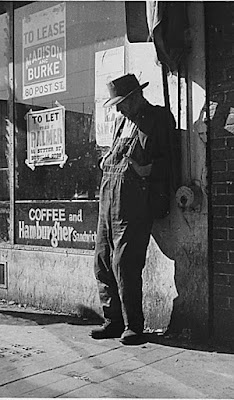 My evening had already gone off the rails. Instead of kicking back when I closed the cover on my laptop at precisely 5:00 pm, I had to get my daughter to lacrosse practice, which wasn’t slated to end until 8. That left me with roughly 2 hours and 30 minutes to kill. To make the most of the time, I took one for the team and went grocery shopping. Then I drove home to put the groceries away, and then drove back to the field to pick up my daughter. It was 8:30 when I returned home, just a few minutes before my wife's friends started to arrive.

For the record, I like my wife’s friends … most of them. There’s one I try to avoid because I’m pretty sure she’s a psychopath, but I wasn’t invited to the party, so I didn’t have to worry about interacting with her. Or so I thought. After heating up some leftover pasta and retiring to the living room to eat and catch the end of the Law and Order re-run I knew was going to be on channel 735, the psychopath popped into the room.

“I’ve always felt bad that you couldn’t get the previous owners to replace that door,” she said.

She was talking about the large, sliding-glass door separating the dining area from our back patio, the location of the ladies-only get-together. The door, which is large and heavy, can be hard to open on a good day. On a humid night like tonight, it sticks.

“It’s fine,” I said lifelessly, never taking my eyes off the TV. She hung there for a few seconds as if wanting to say something else, and then left the room.

As the minutes ticked by and the amount of pasta before me shrunk, a nagging feeling formed over me like a dark cloud. Had I just been insulted? Yes, the door was cumbersome and difficult to open, so she wasn’t wrong, but who opens a conversation with someone by criticizing something in their home? We’ve been living in the house for nearly five years and she has used that door hundreds of times. Why bring it up now?

Such behavior is why I believe this woman to be a psychopath. According to this article from Psychology Today, "Female psychopaths … display their aggression relationally. They are master puppeteers, pushing everyone’s buttons and pulling people’s strings to get what they want." Another article from the same source talks about how these people have a Machiavellian streak and enjoy manipulating others. For these folks, “manipulating others is an impulse, like an alcoholic's impulse to drink. Sometimes this manipulation is done to achieve personal gain, but other times it is just done for fun, or because they can’t stop themselves (e.g., internet trolling).”

To be clear, I take no pleasure in applying such labels to my wife's friends, but given my past interactions with this woman, I know she wasn’t so much criticizing the door as she was impugning me for not doing anything about it. It’s like she was saying, “Hey you lazy moron, your door sucks. How about you fucking get on that?” That is, she was trying to  push my buttons, and when I didn’t get ensnared in the trap she'd set for me, she left the room.

If I had my wits about me and was better at what the French call L’esprit de l’escalier, or “staircase wit,” I could have replied with something like, “You know, we have another door in the front of the house. How about you give that one a try—and then keep going?” Or, I could have just let her have it straight out and said, “Don’t like my house? Then get the fuck out.” Unfortunately, I'm not that quick. To make matters worse, mulling the best response to her insult made me lose track of what happened on Law and Order, and with only 5 or so minutes left, I knew I was never going to catch up. So, I finished eating and turned the TV off before the next episode could draw me in.

The ladies on the back porch were now at peak volume, so I grabbed the copy of Jack Kerouac’s Dharma Bums I’d been working on and headed upstairs to read on my bed. However, shortly after I got supine, I felt restless and even a little feral. “I’ve got to get the hell out of here,” I said aloud to no one.

Such restlessness had become familiar. Since the pandemic and my two years as a test subject in the great social experiment known as “working from home,” I’ve developed a new appreciation for the outdoors. It’s not that I’ve grown to dislike my home and its hard-to-open glass door, mind you. I’ve put a lot of effort into arranging things just so, especially in the room known as “my office,” and I’m satisfied with the result. Yet, there’s no escaping the limitations of the boxed life. Humans were made to move and one can only move so much inside of four walls. This, after all, is what makes prison a punishment. So, I decided to go for a walk.

Our neighborhood in Laurellia is quiet, with big trees and wide streets. It is also dark. There are no streetlights, which in addition to giving the place a touch of charm, can make walking at night (my preferred time for a stroll) a little dangerous. Donning reflective or at least brightly colored clothing is a good idea (although I never do), and even then you can’t be sure the driver headed your way will see you because chances are he or she is looking at his or her god-damned phone.

Danger aside, I was happy to be out and using my leg muscles, but I couldn’t fully enjoy the feeling of my body in motion because my mind was somewhere else. Kerouac may have had visions of happy wanderers overflowing with peace, love, and charity, but this wanderer couldn’t stop thinking about the nerve of that psychopath on his back porch.

Why would she just start talking shit about me and my door?
Who does that?
Why would someone do that?
Did she’d know I wouldn’t throw it back in her face because I’m too nice to tell her what I really think of her?
Did she say that because she saw me trying to relax and she wanted to give me something to be annoyed about?
Did she do it on purpose knowing I’d spend the next 45 minutes turning it over it my head?

I may not have taken the bait but, clearly, my buttons had been pressed.

Mulling such questions was not out of line. The etymological dictionaries in my possession all agree that word insult comes the Latin word, insultare, meaning “to jump on,” and that’s just how I felt, jumped on. Ambushed.

“The early meaning was ‘exult, act arrogantly’ [from] Latin insultare ‘jump or trample on’ ([which is in turn] based on the Latin word saltare, from salire, ‘to leap’),” reads the Oxford Dictionary of Word Histories. “The noun in the early 17th century meant ‘an attack’ and is from French insulte or ecclesiastical Latin insultus. The main scenes in current use date from the 17th century apart from the medical insult, meaning “an occurrence of damage,” which has been in use since the early 20th century.”

“The -sult of insult comes from a word that meant jump. Its source was Latin insultare ‘jump on,’ a compound verb based on saltare ‘jump.’ This was a derivative of salire ‘jump’, the source in one way or another of English assail, assault, desultory, salacious, and salient. Old French took insultare over as insulter and used it for ‘triumph over in an arrogant way.’ This was how the word was originally used in English, but at the beginning of the 17th century the now familiar sense ‘abuse’ (which had actually developed first in the Latin verb) was introduced.”

No wonder I couldn’t just let it go.

It’s been said that the perfect retort, however brilliant or satisfying it may be, is rarely the best way to respond to someone who insults you, because a put-down delivered in response to an insult equalizes you, the insulted, with the insulter. It brings him or her up to your level and you down to him or hers, and thereby gives the insulter, his or her behavior, and his or her insult undeserved credibility or legitimacy. It is much better, although maybe not easier, and more powerful, to simply ignore the remark at your expense.

“We need never take offense at an insult,” says the author of yet another article on the Psychology Today website. “Offense exists not in the insult but in our reaction to it, and our reactions are completely within our control. It is unreasonable to expect a boor to be anything but a boor; if we take offense at his [or her] bad behavior, we have only ourselves to blame.”

Maybe, but where the hell is the satisfaction in that?

Therein lies the rub. There is no satisfaction in that. As noted in that first article I mentioned, the only way to beat a psychopath at his or her own game is not to play it.

“Unfortunately, … the only way to beat a psychopath at their own game is to refuse to play. Don’t engage in their petty gossip. Don’t take the bait when they push your buttons. Stand your ground and don’t let them intimidate you. And if all else fails, do what the victims in all those movies with psychopathic serial killers do: Run!”

Or, depending on the severity of the insult, you can go for a walk.

at October 28, 2022
Email ThisBlogThis!Share to TwitterShare to FacebookShare to Pinterest