A Person Who Wanders City Streets -- There's an Old, Forgotten Word for That 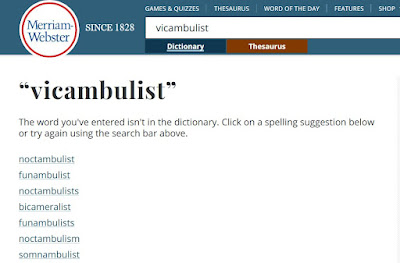 Did you know that there's an old and forgotten word for "a person who wanders city streets"? That word is vicambulist.

I came across the word while reading The Way the World Works, a book of essays by Nicholson Baker. And since learning of it, vicambulist has become my new favorite word -- and not just because it's an uncommon term and with a good mouthfeel. I like it because it directly applies to me. I love to wander aimlessly through cities, and since learning of it, I've been reminiscing about the time I spent in London, England, my junior year of college.

It was the winter/spring of 1993 and I was participating in my college's study abroad program. England is an expensive place and being there for the entire semester severely strained my resources. To put it in non-euphemistic terms, I was broke. I'm talking not sure I had enough money to eat every day of the month broke. So, for entertainment, and to escape my flat where I lived with my friend Christian and three strangers, I went for walks. Very long walks. Every day. It was a wonderful time of my life and I learned a lot about the city and myself. But I digress ....

To say vicambulist is a lexicographical deep cut is something of an understatement. The word does not appear in any of my dictionaries or thesauri, including the Dictionary of Uncommon Words; Mrs. Byrne's Dictionary of Unusual, Obscure, or Preposterous Words; The Highly Selective Dictionary for Extraordinarily Literate, or the Thinker's Thesaurus. The closest any of these books have to it is flaneur, meaning "an idle man-about town" or "one who strolls through city streets idly or aimlessly."

Hello and welcome to the official website of the Butter Lamb Reference Library (BLRL). The BLRL exists to proclaim the good news of reference books as a source of trustworthy information to challenge misconception, confront willful ignorance, and provide answers to an astonishing array of questions be they serious, silly, or something in between. 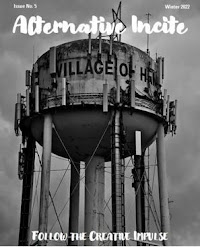